Technology has allowed even the smallest businesses to expand their services overseas. This, in effect, has created the need for high-quality translations that would make their products, services, concepts, and values to be adapted for societies speaking a particular language.

However, cross-context communication is a fairly complicated and expensive affair. Simply translating an article, a website copy or a brochure to a language doesn’t really do the trick anymore, due to differences in cultural interpretation. Plus miscommunication isn’t just expensive from a financial viewpoint, it can cost a business its reputation.

This is why many businesses have shifted to translating their materials and advertisements for other cultures, not just other languages. This process is called localization. In this article, we’ll look into the reasons why banks and credit unions should consider implementing localization in their business processes and advertisement strategies.

Is localization worth the effort?

The reason localization has become such a buzzword in the business world is because it actually works. It brings impressive returns to the companies that invest time and effort to do it right. Doing it right is imperative because it’s a very complicated and lengthy process that takes dedication and many professionals to pull off.

The reason why localization should be approached with the utmost responsibility and care is the fact that it has to do with culture, which is a very sensitive topic for everybody without exception. This is why banks and credit unions should have a “do or die” approach when initiating a localization process for their websites, content, and services.

Localization, also known as “l10n," is a vehicle for adapting texts and messages for particular cultures and regions with more accuracy than just countries. This granular approach helps businesses ensure smoother and clearer communication with their target customers.

To exemplify the importance of localization let’s look at the list of countries that speak Portuguese as their official language:

Considering the distribution of these countries on the map, ranging from South Africa to South America and Western Europe, can we confidently say that the language they use is absolutely identical and has suffered no variation due to local culture? Of course not. To some degree, these are different languages if analyzed at a high level of definition.

Localizing advertising materials has proven to have an impressive effect on the engagement businesses have received with their marketing materials and apps. The main reason is that localized advertising communicates with customers in a language that is close to them. No doubt, people living in Quebec will understand an advertisement designed for French customers, but will the message be able to persuade them as well as it would persuade the French? Obviously not.

Successful businesses go as far as creating localized versions of the content strategy for particular zones and countries. Banks and credit unions should create content strategies that revolve around economic and financial issues that are most pressing to the country or territory they’re catering to.

There is a growing body of research that underlines the importance of high-quality localization:

As businesses that strongly depend on the trust of their customers, banks and credit unions should invest time and effort into localizing their websites and advertising material.

It’s no secret that people would prefer to receive services in the language of their preference. Localizing a bank’s customer is something your clients will greatly appreciate and will allow you to build a trusting relationship. To exemplify, here’s a map of the second most spoken languages of the United States after English: 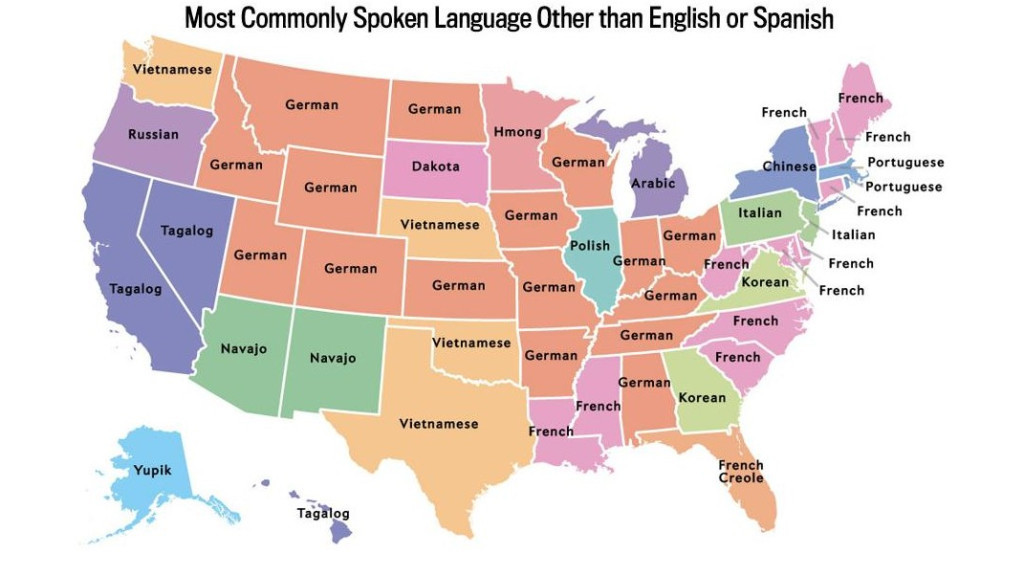 Ideally, to ensure a holistic approach to customer support localization banks and credit unions need to cater to the linguistic peculiarities of different regions.

The vast majority of Post-Soviet countries couldn’t do without at least one Russian speaker in the staff, due to the large density of Russian-only speakers in their population.

This is why it is imperative for banks, credit unions, and any other businesses for that matter to consult cultural consultants and localization agencies on sites like Pick Writers, before attempting to localize their content.

The big mistake that businesses often make is assuming that a country speaks one language. Understanding the historical and political background of a country will allow them to ensure better customer service and support for the people that don’t speak or choose not to speak the majority language.

It’s safe to say that banks and credit unions should invest time and effort into the high-quality localization of their products, services, and advertisement campaigns.

Localization will ensure a better engagement from the local customers and will build a much more trusting and meaningful relationship with the bank. Linguistic and cultural awareness will ensure better customer service.

Localization will make it much easier to enter new markets overseas and will ensure more significant revenue.