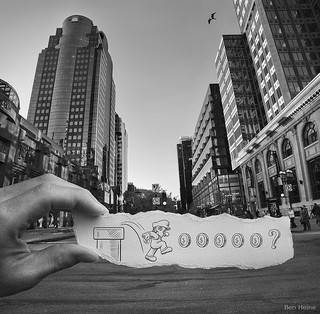 Have you ever met someone who seemed perfectly content with everything in life? It's getting increasingly rare these days, but those kinds of people are out there. They don't live in a mansion, and they don't drive a Maserati In fact, they might even be renters. They don’t' have all the new fangled gadgets that hit the marketplace, but the stuff they do have is pretty nice.

These people are "frugal" in the sense that they don't spend a lot of money. If you ask them, they'll almost always tell you how they got a good deal on something, but they never brag about it. These are the people that you think are secretly millionaires because they always have money to spend on whatever it is they want. However, they never seem to really want much.

Frugal people have a secret that they've learned from either a friend, an old Arabian Nights or Aesop's  Fables story, or from their parents. What's the secret?

They Spend Money On Values, Not Things

You've probably heard of people winning the lottery and then losing it all a few years later. It's not uncommon. It's amazing how many people out there think that having a lot of money will change spending habits and a person's psychology. It doesn't.

Take the case of Jake Whittacker. The guy lived in West Virginia. After winning $315 million, he started giving money away to charity, and racking up ridiculous bills. After running up a $100,000 bill at a local strip club, giving his granddaughter a $2,100 per week allowance, and leaving a half-million dollars in his car to be stolen on multiple occasions, he finally lost all of it.

The same kind of thing happened to Rhonda Toth, who won 13 million dollars in the lotto, but immediately spent all of it. She ended up living out of her car and owes the IRS over $1.1 million in back taxes.

People who are frugal don't do these things. They may not have millions of dollars, but they usually have better lives, and more stable relationships, than people who inherit money but don't have a firm idea of what values matter to them the most.

Frugal people concentrate on values, not money. That's part of their secret. They may or may not clip coupons (many of them don't). They may shop at discount stores. They may buy BMWs but choose to rent an apartment. They might have a ton of gadgets, but choose to walk or take the bus (or subway). The amount of money they have almost doesn't matter. What they do with what they have is what matters.

They Make A Plan Before Spending

Frugal people always have a plan before spending money. Even if it's a simple plan, they have a plan. Impulse buying doesn't factor into the equation. In fact, frugality almost makes impulse shopping impossible. Now, it's not that that frugal people are not spontaneous. They can be. For example, if you're going on vacation, and you plan to spend $500 on your vacation, it doesn't really matter what you spend that money on. In that sense, you can be frugal and still spontaneous.

They Have a Budget

Frugal people have a budget. It's a necessity. You can't really make a spending plan without having a comprehensive budget. It's the basis for planning any other expenditures. Budgets also allow you monitor cash flow, which allows you to make tweaks and adjustments to your spending habits as needed.

Making changes to a budget from month to month or year to year is actually quote easy when you are pursuing values instead of "stuff."

The stigma associated with frugal people is that they're cheapskates. This isn't necessarily true. A cheapskate tries to find the best deal for the sake of getting a good deal. Cheapskates also forgo value in pursuit of the lowest possible price. The mentality of a frugal person is very different from the mentality of a cheapskate.

There is a school of thought that says that "price buyers are twice buyers." This definitely applies if you choose to be a cheapskate. In upstate NY, there's a semi-famous story of a salesman who used to sell very high-end windows, doors, and siding products for a local remodeling company. He would  visit clients in their home and demonstrate the value of the product, hand the prospect a quote, and ask for an order. Many prospects bought right on the spot and became loyal customers from then on, some didn't.

Nothing in the client's home looked like it had any sentimental value, aside from a small room that had been converted into a home office and was filled with high school trophies and various nicknacks. It was clear, from the food containers that were visible in the kitchen, that the prospect shopped at one of those warehouse grocery stores. Everything was "economy sized."

When it came time to give a quote for the remodeling project, the prospect just about had a heart attack. The price was several thousand dollars over what he was expecting. The client quickly refused the offer and bid the salesman a good day. By this time, the salesman had heard several stories about how the prospect always bought the best stuff he could afford.

Curious, the salesman asked "you tell me that your home is built with the best construction materials. You tell me that you bought a new Cadillac this year. You tell me all about all of the stuff you've accumulated here in this house. You've spent the last 2 hours showing me this stuff. I'm shocked, because you're unwilling to buy the best windows for your home."

Of course, the prospect didn't take too kindly to the salesman's remarks and shooed him out the door. The prospect wasn't concerned about value. He was so focused on price that he wasn't willing to listen to anything that the salesman had to say. The following year, the company received a phone call from this same prospect. It just so happened that the same salesman went out to see that prospect.

The prospect had decided to purchase windows from another company, but there was a problem. Because the prospect had purchased them at a deep discount, there was no refund available on the installation or the glass pack in the window frame. The windows were cheaply made, and some of the seals on some of the windows had failed over the winter. The prospect ended up buying new windows from the salesman. Even though the prospect received a small discount, the total price paid for new windows exceeded what the prospect would have paid if he had just focused on value right from the start.