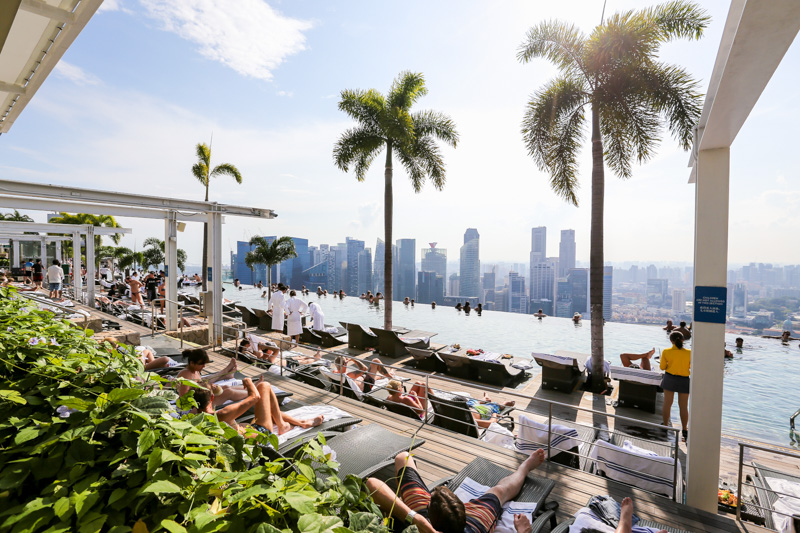 Many individuals and families aspire to live in Singapore since it is widely regarded as one of the best places in the world to live. Singapore is a modern, clean, Asian metropolis that has retained much of its British colonial charm while still providing a cutting-edge, well-developed environment. Singapore's location on Malaysia's southern point has allowed it to grow into one of Asia's most important commercial and financial centers. Singapore is a city with tight rules that are strictly enforced. While this has earned them the reputation of being an authoritarian regime, the truth is that they keep the city safe, clean, and well-ordered.

Ex-pats from all over the world flock to Singapore in significant numbers every year, and it is often regarded as Asia's easiest city for ex-pats to settle into, offering them the opportunity to learn about diverse cultures in a reasonably safe and modern setting. Singapore has an extremely low crime rate, and even late at night, the streets are safe. There are numerous ex-pat organizations and clubs so you will always be able to find fellow ex-pats.

It's always a good idea to familiarize yourself with the new area before migrating to a new place. It takes time and effort to comprehend and appreciate the local people's attitude, cultural dos and don'ts, traditions and etiquettes, native dialects, and of course, the food.

Regarding culture, customs, and traditions, Singapore is a fascinating city. The country is a mash-up of various cultures and religions. Buddhism, Christianity, Islam, Taoism, and Hinduism all have places of worship in Singapore, and anti-religious speech or opinions can be prosecuted under the Sedition Act.

With all the major festivals observed, you will not go hungry – both your soul and your belly will be full. Eating is said to be the focal point of daily life in Singapore. Many communities include hawker centers or food courts where delectable local fare is sold, often 24 hours a day. Locals flock here for the variety and reasonably priced cuisine. For those who prefer restaurant fare, fine dining alternatives abound in Singapore.

In Singapore, English is the official language of business and administration. Mandarin Chinese is the government's official language. In general, children will be taught in English in schools, but they will also be expected to acquire Mandarin. Tamil, Malay, and Cantonese are also widely spoken in Singapore. Singlish is a language spoken by many Singaporeans. Singlish is a blend of English and other languages that might be difficult to understand for English speakers. However, English speakers in Singapore rarely have any difficulties conversing with locals.

The Economy and Housing

Singapore's economy has always been strong, stable, and open. For this reason, it attracts a lot of foreign investment because of its business-friendly policies. Petrochemicals, financial services, electronics manufacturing, and energy account for a substantial portion of the country's economy.

Competition for Singapore expats is high, and because Singaporeans are well educated, it might be tough to find a job that will sponsor you. It is generally suggested that people who are seeking to relocate to Singapore have a guaranteed job before they arrive.

Singapore has a very high level of living, but it is not without cost. Expatriates looking for similar living conditions to those in their home country will find that property costs are high in Singapore, whether they wish to rent or buy. There are restrictions on the types of properties that foreign buyers can acquire in Singapore. Expats in Singapore can borrow up to 80% of the property value with a fixed or variable-rate mortgage. The balance is usually paid through a Central Provident Fund bank account – which is a vital aspect of Singapore's social security system – but for foreigners, this figure will almost certainly have to be paid in cash.

It is best to consult experts in this field: at PropertyGuru, you can compare DBS home loan interest rates and apply for a loan. Their home finance advisors will be able to assist you every step of the way. For HDB (The Housing & Development Board, sometimes known as the Housing Board that oversees Singapore’s public housing), and private property, DBS offers a range of home loans to meet your individual needs.

To reduce the number of cars on the road, the government provides connections through public transit. Many people choose to travel by cab, bus, or rail (MRT and LRT systems). Purchasing an automobile in Singapore is considered a luxury. Left-hand drive cars are not permitted in Singapore so importing yours from home is pointless. You may drive in Singapore with your own license for up to a year before being compelled to change to a Singapore license.

Public order is treated seriously, and it is strictly enforced. These strict restrictions, on the other hand, have proved critical in accelerating Singapore's economic development, keeping the city reasonably safe, and reducing corruption. As such, roads, lighting, parks, green areas, swimming pools, and airports are all well maintained.

It may appear that freedom of speech is being curtailed and regulated at times, but the government believes that such limits are necessary for keeping harmony in the multi-religious society. Offenders face harsh penalties, and murders and drug trafficking are frequently punished with the death penalty.

Because Singapore is so close to the equator, it has a tropical climate with no distinct seasons. It has a high temperature all year, as well as high humidity and a lot of rain. June and July are typically the hottest months with monsoon season being November and December. Temperatures typically range from 72 to 93 degrees Fahrenheit.

The most important thing you can do if you are relocating to Singapore is to be prepared. It can be both an exciting and gratifying move if you make the most of what is on offer.