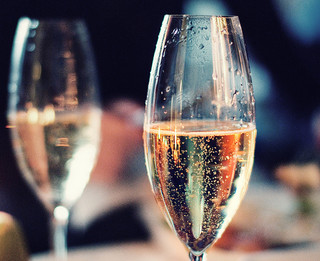 Ah, to be a celebrity! “That ain’t workin’, that’s the way you do it,” as the popular song “Money for Nothing” says. Surely your financial worries would be over if you were a rock star, a leading lady, or a talk show host--or so you might think. Don’t be so sure. If you think celebrities can’t have financial problems, you might want to talk to Ed McMahon, Johnny Carson’s longtime sidekick, whose five-million-dollar house wound up in foreclosure after a combination of injury and questionable decisions left him in dire straits At first, this is a puzzle: if you make more in a day than most people make in a year, why would you have trouble paying the bills? Here are some clues:


1) Miley Cyrus and Kate Gosselin--it’s not easy being beautiful
Hollywood Life reports that Miley spent $24,000 on hair extensions, while Kate splurged $50,000 on a new hairdo. From designer wardrobes to Botox injections, keeping the stars looking gorgeous is an expensive proposition.


2) Willie Nelson--beware the taxman
If McMahon’s mortgage isn’t enough to curl your hair, consider the $16.7 million tax bill of Willie Nelson (which included $10.2 million in interest and penalties). It forced him to auction off many of his possessions to raise the cash. The I.R.S. frequently sees celebrities who thought those pesky tax laws just didn’t apply to them.


3) Paul McCartney and Warren Sapp--talented people, foolish marriages
Maybe it’s all that time on the road. For all their public adulation, celebrities seem to find it harder to find and keep love. A few ex-spouses can take a big toll on your bottom line, and many stars have alimony and child support payments that would give anyone nightmares. Football star Warren Sapp is reported to owe over $728,000 in alimony and child support. Many of these people could have avoided their problems with a prenuptial agreement. Paul McCartney, whose divorce from Heather Mills cost him around 50 million dollars, probably wishes he’d made one.


4)  Willie Nelson and others--bad advice
Willie Nelson sued his accountants for putting him into questionable tax shelters. Some say Colonel Parker mismanaged Elvis’ career. One thing is clear: celebrities often know nothing about money management and have no time to find out. This leaves them totally dependent upon their lawyers, accountants, and financial planners.
Kenneth Starr (not to be confused with the Clinton-era special prosecutor) was the Bernie Madoff of the Hollywood set. He was recently sentenced to prison for running a Ponzi scheme and bilking his clients of millions. With the funds to pay for top-notch advisers, one would think the beautiful people would be able to avoid scams, but they’re no more immune to sucker ploys than the rest of us. Starr’s list of victims includes Martin Scorsese, Sylvester Stallone, Al Pacino, Lauren Bacall, Uma Thurman, Neil Simon and many other big names.


5) Diva demands--Madonna and Streisand
Hubris probably plays a bigger part in celebrity money troubles than any other factor. It’s hard for many stars to believe they won’t always be popular. The god-like power that comes from being adored by millions of fans can lead to orgies of spending that jeopardize the future.
The on-set demands of celebrities may be a clue to their private spending. According to curiousread’s website, Madonna insists on a new toilet seat at each venue she plays, while Streisand insists on rose petals in her toilet. (Perhaps some psychologist can explain why celebrities seem to be so obsessed with toilets.) Of course, many of these expenses are covered by others, but the same fussiness that comes out in public makes for huge outlays of their own money in private—lavish homes, custom cars, and all the other trappings. Watch one of those celebrity lifestyle shows and keep a calculator in hand. It won’t be hard to figure out where all the money goes.


6) Gary Coleman--you can’t always trust the ones you love
Many a child star has been left with little or nothing after greedy parents put their interests above those of the child. Gary Coleman sued his parents for mismanagement of his childhood income. Female stars who turned the finances over to their husbands have found themselves in the same boat. Moreover, some stars have nearly gone broke trying to be good to all the friends who knew them when they didn’t have a dime. Here’s the bottom line: when you’re rich and well known, everyone wants a piece of you. It takes a level head and good advice to avoid the pitfalls.


7)  Warren Buffett--sensible spending
Perhaps it’s no surprise that the few celebrities who seem to get it right are in the field of money management. Warren Buffett, who lives in the same modest house he’s had for years, exemplifies the common sense approach to money. Perhaps it’s the fact that he’s not a film or rock star that keeps him humble, or perhaps he’s just a little smarter than those other folks.


You don’t have to be rich and famous to see a cautionary note in all of this. Here are the lessons you can learn from the glitterati:
--There’s no avoiding the taxman.
--The marriage license is cheap, but the maintenance is murder.
--Manage your own finances or keep your advisors on a short leash.
--If an investment scheme seems too good to be true, it probably is.
--Trust no one, including your own mother, to look out for your financial interests.
--Live within your means, and don’t spend money you haven’t made yet. If celebrities can’t avoid the pitfalls of excess and carelessness, what chance do you have?


The next time you feel consumed by envy of a glamorous lifestyle, remember this: the stars have just as many problems as you do, and theirs are much bigger and more complicated. In other words, be careful what you wish for.