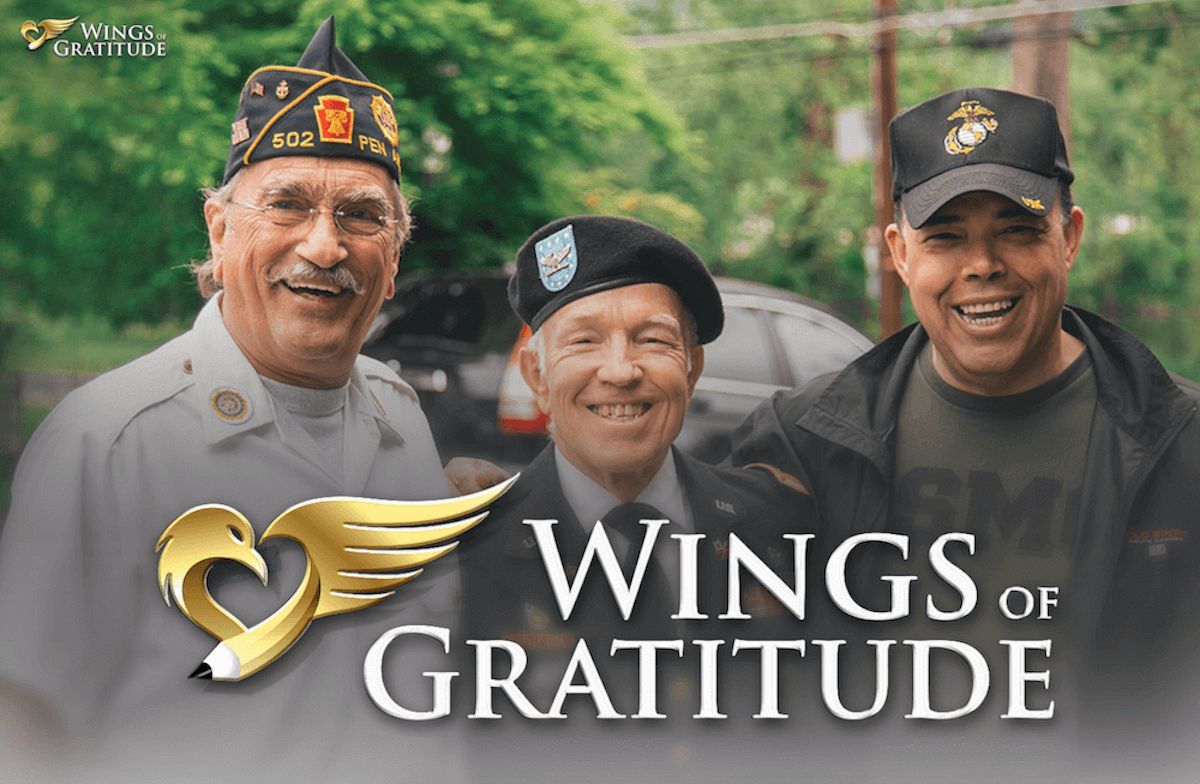 Tuesday, October 13, marked the U.S. Navy’s 245th birthday. It was a momentous occasion and a chance to celebrate the brave individuals who have served in the armed forces. To pay tribute to both veterans and active military personnel, U.S. Money Reserve encourages people to take part in its ongoing “Wings of Gratitude” initiative. The initiative’s purpose is to encourage families to give back to veterans and active military members in appreciation of their service.

Celebrating the History of the U.S. Navy

On October 13, 1775, the Continental Congress established a “swift sailing vessel, to carry ten carriage guns, and a proportionable number of swivels, with 80 men, be fitted, with all possible despatch, for a cruise of three months.” As the first American naval force, this would ultimately become the U.S. Navy as we know it today. After the American Revolutionary War, also known as the American War of Independence, the U.S. Constitution gave Congress the authority to “provide and maintain a navy.” The Department of the Navy was officially established on April 30, 1798. Previously, naval matters were the responsibility of the Department of War.

In the early 1970s, Chief of Naval Operations Admiral Elmo R. Zumwalt authorized October 13 as the U.S. Navy’s official birthday. This annual celebration pays tribute to the brave men and women who serve in the U.S. Navy.

The year 2020 marks the Navy’s 245th birthday. Each year, a different theme pays tribute to the veterans who have served their country—past and present. This year’s event theme was “Victory at Sea.” The celebrations paid tribute to the astounding efforts of the Navy during World War II in the Pacific Theater.

More than 700,000 U.S. veterans served during World War II efforts, and many of these veterans were in the Navy. This year offers us a unique opportunity to give thanks to all of the veterans who have bravely fought on behalf of the country. However, in particular, this is an opportunity to praise and appreciate the veteran Navy members who served during World War II and helped protect the United States. Whether you personally know a veteran or not, there are plenty of ways you can pay tribute to their efforts.

The “Wings of Gratitude” Initiative

One way that you can get involved and pay tribute to all of the brave veterans, as well as active military members, is through a new initiative. Back in June 2020, U.S. Money Reserve launched the “Wings of Gratitude” initiative. With the aim of giving back to our nation’s military heroes, the campaign is a fun and engaging opportunity for families. By sending messages of appreciation to those who serve or have served in the armed forces, you can make both soldiers and veterans feel appreciated. From handwritten notes to drawings and pictures, you have many options when sending messages.

“As long supporters of our nation’s veterans, we wanted to develop a new initiative to give back to our nation’s military heroes while creating a fun and gratifying experience for families to get involved through a creative service project. Having families send positive messages reminds our active military members and veterans that we are thinking of them and they have our unwavering support,” said Angela Roberts, CEO of U.S. Money Reserve, when the initiative was launched earlier this year.

When the campaign was announced, U.S. Money Reserve partnered with Army veteran, burn survivor, actor, motivational speaker, and Dancing with the Stars winner J. R. Martinez. The famous veteran became the campaign’s ambassador and is responsible for spreading his remarkable message of both resilience and optimism.

“As a veteran myself, I can’t express enough how much it means for people to show their gratitude when you have been through so much. [When on] active duty [and] experiencing the sacrifice and separation of being away from your loved ones, voices of support from back home can really make a positive difference,” said Martinez.

To ensure that the messages reach members of the military community, U.S. Money Reserve partners with the nonprofit WISH for OUR HEROES (W4OH). The organization focuses on assisting active-duty and veteran men and women of the United States military. By helping military personnel with their daily needs while also fulfilling specific requests, the organization makes the lives of these people and their families better.

Should you want to show your appreciation to those who serve or have served in the armed forces by taking part in the “Wings of Gratitude” initiative, it is easier than you might expect. First of all, decide how you want to pay tribute to brave servicemen and women. You could write a letter, make a thank-you card, or draw a picture, for instance. Next, add a positive message, expressing your gratitude to our U.S. veterans and active-duty military members. Finally, you can submit your message either via physical mail or digitally. You can find out more about the “Wings of Gratitude” initiative on the U.S. Money Reserve website.

With Philip N. Diehl, a former director of the U.S. Mint, at its helm, U.S. Money Reserve is one of the country’s largest distributors of U.S. government-issued gold, silver, platinum, and palladium coins. Many people trust the company to help them purchase the highest-quality precious metals to add to their portfolios. The company has assisted hundreds of thousands of individuals around the country looking to diversify with precious metals.

With an “A+” rating from the Better Business Bureau and an “AAA” rating from the Business Consumer Alliance for trustworthy and ethical business practices, U.S. Money Reserve could be the right choice for you. Should you be looking to create a diversified portfolio of precious metals and have peace of mind while doing so, you may find that U.S. Money Reserve can help you reach your goals.